”I didn’t stay in Portugal. I stayed with the Portuguese”

At 70 years ago, Philip Stark, the famous French architect made his mind to set up in Portugal. He became a Parisian expatriate in Cascais city. He discovered city , in one of the 19 century famous homes .  The Lisboète Magazine interviewed him there why he did it

I already had houses in Venice, Cap Ferrat and Formentera and saw no interest in going anywhere else- It’s amazing to find a country my age,  I was immediately surrendered to the friendly atmosphere that lives here, reveals the creative, who was also enchanted with the big waves, the small village and the small port of Cascais.

I had a vision, like the square of a circle. I found the place I was looking for and had never found,.I found myself suddenly in one of the last places in the world where people still had a sense of humanity,-

I leave little, but when I do, I am happy to see that there are still people full of kindness, generosity, honesty and a deep friendship. Over time, I could see that fidelity can also be added to these qualities-

“I didn’t stay in Portugal. I stayed with the Portuguese,

The Portuguese are like a disease that gets caught or like a drug from which we become addicted. I go around the world on average a week and count the minutes to come back here. Once we know the values ​​of these people, we no longer understand the values ​​of others-

The passion for the country led Philippe Starck to visit Portugal and to be interested in Portuguese history. “I have a huge fascination for Prince Henry,” he assumes. Despite the charm, he has not yet learned to speak Portuguese, unlike his wife and daughter, who already master the language with some ease. “It’s a shame!” He admits. Besides Cascais and Sintra, he likes to go to Ericeira and Peniche and get lost in the Alentejo.

“I’m going a little while, but Lisbon has a formidable air. And it’s very different from the other cities I know. With its hills and small sloping streets, it’s very theatrical. It’s not a city. It’s a work of art! “, describes the architect and designer, who elected Grândola, in Alentejo, to build a new house. “What pleases me there is that nothing has yet been desecrated,” he justifies. “I can say that I discovered paradise there,” he confesses.

Go to his video to understand more 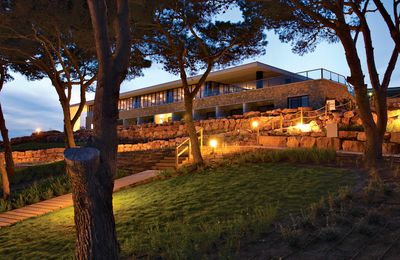 Portugal: Discover the 7 reasons for a carefree family holiday